Jurors for IFI’s Global Awards Program (IFI GAP) feature some of the most celebrated practicing interior architects, designers and thinkers of today. They determine the winning submissions for each component of IFI GAP, recognizing and awarding design excellence at the world level.

IFI are pleased to announce the 2020 IFI GAP Jury, representing both major design institutions and the international practice of Interior architecture and design. 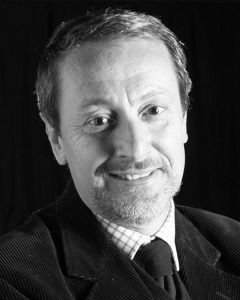 Arturo Dell’Acqua Bellavitis is an Architect, Professor of Industrial Design and Dean at the Design School of the Politecnico di Milano.  For ten years Arturo was President of the Triennale Design Museum in Milan, during which time he developed a new concept for the evolving museum, advanced editorial lines on new Italian design, the masters and international design movements. He is also Founder and President of the Milan Fashion Institute, a cross-university partnership supporting the field of fashion management and design. Artutro recently became Director of the new International Art and Design Center in Shenzhen, China, where he leads the soon to open Design museum. 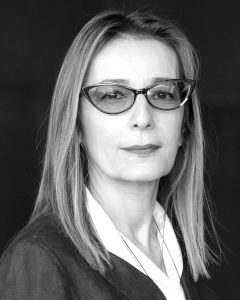 Maya Dvash was appointed Chief Curator of Design Museum Holon in June 2016, having previously been the museum’s editor-in chief. In addition to her roles as curator, writer and editor, Dvash lectures at leading design academies in Israel. Prior to her career at Design Museum Holon, Dvash held various leading editorial positions in some of the top-tier publishing houses in Israel including Kinneret, Zomora-Bitan and Modan. Dvash was then appointed Chief Editor of Binyan v’Diyur (Building & Housing) magazine, a seat she filled for six years. Dvash holds a Bachelor’s in Literature and a Master’s in Art and Curatorship from Ben Gurion University. 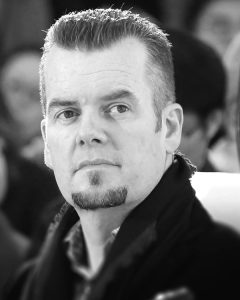 Ashley Hall is Professor of Design Innovation in the School of Design at the Royal College of Art. With an MA from the RCA and PhD from the University of Technology in Sydney he has a background in design practice, teaching and research. He joined the Royal College of Art in 2006 lecturing and researching on the Innovation Design Engineering program. He now leads postgraduate research for the school of design and the MRes in Healthcare Design with Imperial College. Ashley researches in design innovation ranging from innovation strategy to design thinking, design for safety, experimental design, design pedagogy, globalization design and cultural transfer. 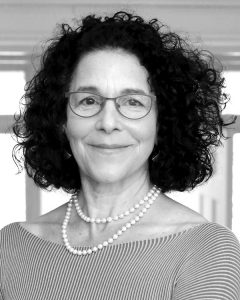 A designer, professor and academic leader, President Rosanne Somerson has been advancing art and design since she was a student at RISD in the 1970s. She returned to the College in the 1980s to teach and in 1995 founded the Furniture Design Department before serving as Provost and chief academic officer. As RISD’s 17th president she is committed to expanding inclusion, equity, and access in order to enhance a genuinely rich learning environment that consists of diverse experiences, viewpoints, and talents. President Somerson also maintains a creative practice, designing and creating furniture for exhibitions and commissions, and frequently speaks and writes about the power of critical thinking and making, underscoring the value of art and design to advancing life in the 21st century. 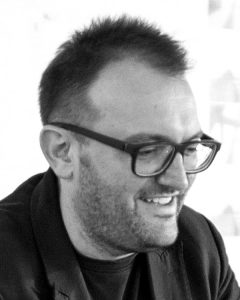 Rob Backhouse, Chairman and one of the Heads of Design of international design practice HASSELL, has built a reputation for design innovation and leadership on major projects in Australia and Asia over the past two decades. His work includes some of the world’s largest and most complex workplaces as well as unique apartments and houses. In Australia, he’s been involved in transformational workplace design projects for clients including ANZ, Medibank and Lend Lease. Rob’s work has been recognised by several national and international design awards, and he is a fellow of both the Design Institute of Australia and the International Federation of Interiors Architects/Designers. An interior designer who promotes collaborative, trans-disciplinary design practice, Rob is regularly invited to speak and contribute articles for publication on interior architecture and design and is currently undertaking his PhD at RMIT University.

Renata is an Architect who joined the team at studio mk27 in 2001. She graduated from FAU-Mackenzie in 1997 and specialized in ‘Design in Time’ at UPC in Barcelona. Her project ‘From Local to Global’ won the Europandom Award and her ‘House in Araçoiaba’ project won the Young Architects Award from IAB. Renata has headed 15 competition projects at studio mk27 and currently coordinates one architecture team. She is currently responsible for the development of a hotel project in the Maldives. Among other projects, Renata co-authored Mirindibas House (2006); Lago House (2008); Pátio House (2009); Little brick House (2009); V4 House (2011); NC House (2012); Rocas House in Chile (2012); B+B House (2013) and Ramp House (2014). 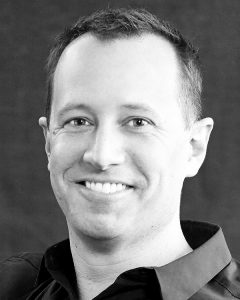 As Managing Director of Gensler’s San Francisco office, Randy focuses on helping transform their clients’ organizations through new approaches to design, research, and experience. With a background in strategic consulting and workplace design initiatives for a diverse range of industry-leading clients, Randy is always questioning how spaces work while striving to find ways to make them more effective and to improve people’s lives. He has been a featured speaker at several international design conferences and his writing on design and urban issues has been published extensively. In 2015, Randy was named one of the San Francisco Business Times’ 40 Under 40. He is an alumnus of the University of Michigan and the Harvard University Graduate School of Design. 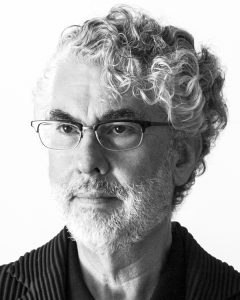 Marcio is the founding architect of studio mk27, where he leads the studio team and authors all projects. Born in the chaotic city of São Paulo, he graduated from the School of Architecture and Urbanism of Mackenzie Presbyterian University (FAU Mackenzie) in 1976. He is a guest professor at the Politecnico di Milano and Escola da Cidade, where he recently concluded his Master’s in Education, Society and Culture. He worked as a movie director until after he shot his first long feature in 1988 and then, bankrupt, had to content himself with being an architect. He is an honorary member of the AIA (American Institute of Architects) and of the council of the Museum of Art of São Paulo (MASP).

In 1986, the Italian architect, art director and designer Piero Lissoni, together with Nicoletta Canesi, founded the interdisciplinary studio Lissoni Associati in Milan, focusing on architecture as well as interior and product design. This was followed in 1996 by Graph.x, the studio for visual communication specialized in brand identity and web design. Lissoni Architettura was established in 2013 to take charge of the numerous international architectural clients. It was followed, two years later, by Lissoni Inc. established in New York, where interior designs for the American, Canadian and the Central and South American-market are created. 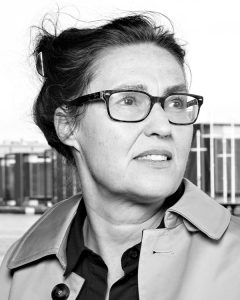 Ellen van Loon joined OMA in 1998 and has led several award-winning building projects that combine sophisticated design with precise execution. Some of her most significant contributions include BLOX, the new home of the Danish Architecture Center in Copenhagen (2018); Rijnstraat 8 (2017); Lab City (2017); the G-Star Headquarters in Amsterdam (2014); De Rotterdam, the largest building in the Netherlands (2013); New Court, the Rothschild Bank headquarters in London (2011); exterior and interior design for Maggie’s Centre near Glasgow (2011); the Prada Transformer pavilion in Seoul (2009); Casa da Musica in Porto (2005), winner of the 2007 RIBA Award; and the Dutch Embassy in Berlin (2003), winner of the European Union Mies van der Rohe award in 2005. 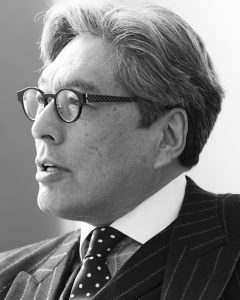 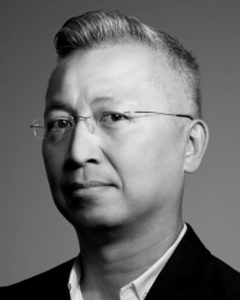 Since joining Zaha Hadid Architects in 1994, Woody has worked on a number of winning competition designs including Cardiff Bay Opera House, The Rosenthal Centre for Contemporary Art Cincinnati, MAXXI Rome and the Changsha Meixihu International Culture & Arts Centre.  During this time Woody has also delivered key architectural projects including the Spitellau Viaducts Housing Project in Vienna, Hotel Puerta America Madrid, Guangzhou Opera House, ROCA London Gallery and the Jockey Club Innovation Tower at the Hong Kong Polytechnic University. He has been instrumental in the development of the ZH Archive and exhibitions program. Woody completed his schooling in Hong Kong, China, and Merchiston Castle, Edinburgh, before graduating from the Architectural Association School of Architecture, in London. 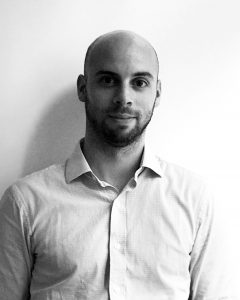 The international design firm Yabu Pushelberg has been creating distinctive signature environments for high-profile clientele and luxury retail, hospitality, residential and restaurant brands around the world, for over thirty-three years. As Architectural Director Thomas leads the firm’s building design and guides the New York design team concepts, schematic design, and final direction, ensuring the creative vision and quality of Yabu Pushelberg projects is maintained with clarity and care. Over the past seven years he has worked on a number of the firm’s international, award-winning hospitality and luxury condominium projects including Park Hyatt Hotel New York, Park Hyatt Bangkok, and One Madison Park Condominiums.