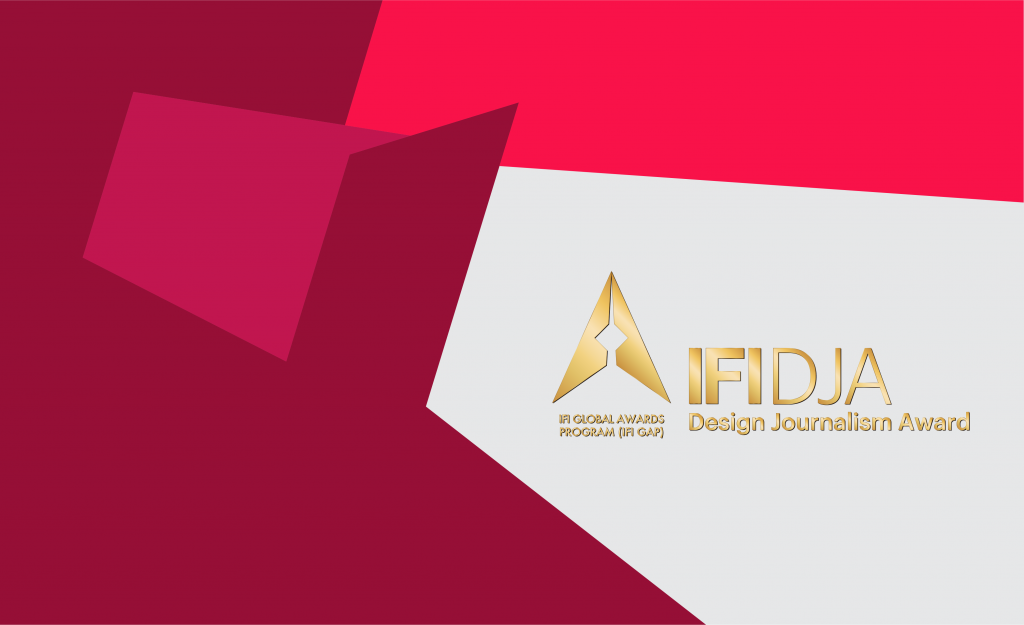 The IFI Design Journalism Award (IFI DJA) recognizes individuals who have delivered outstanding and impactful reporting and storytelling using any means of communication, that enlightens and helps to advance Interior Architecture/Design around the world.

Positioned into the future, this award is comprehensive, encompassing and open to all formats of published/broadcast journalism media including, but not limited to text, still image, video, audio or any combinations thereof.

Winners of the IFI DJA exemplify professional journalism ethics through transparent, accurate and well-researched reporting. They combine excellence in creativity and originality, with critical discussion and relevance. Awarded individuals are those who seek to increase public awareness and understanding of Interior Architecture/Design, whilst furthering and impacting professional design discourse.

By nominating individuals for the IFI DJA, our members have the opportunity to help elevate their best national journalism to the world stage. Nominees join an entry pool of the best creative talent from across the world, whose work collectively communicates the most critical issues and narratives impacting design today and into the future.

Nominations for the IFI DJA for 2021 are now close.

The winner of the IFI DJA will be announced ahead of their appearance as a special guest at the IFI GAP Awards Gala dinner, held in part during the biannual IFI CONGRESS.